My favorite screensaver of all times is Electropaint. It has its origin in the IRIX OS. The word mesmerizing was always one of the things I connected with this screensaver. Electropaint™ is a US Trademark of Tristam Visual. 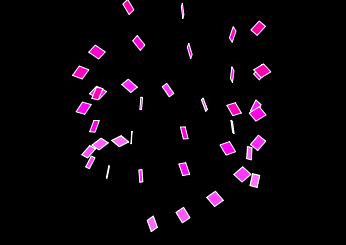 When I started to keep this little gem available a few years ago, there were several sources of information. As time moved forward some websites related to Electropaint closed down.

Then there was Lloyd's Lounge. Douglas McInnes told me in an e-mail that he “just” wrapped Tristam Visual's code to make it work with the OSX screensaver framework. It was the original source of the PPC version of Electropaint OSX. The URL http://www.lloydslounge.org/electropaint/ leads to some other content.

Alexander von Below made a port of the PPC code base to Intel. His Electropaint webpage can still be found in the archive.org database.

My modest contribution is just the adaptation to 64-bit Intel. This was necessary because starting from OS X 10.6 every screensaver module has to be 64-bit code. Apple had a tech note about this (seem's to be gone now). Basically it was just about changing some build settings in Xcode.

Someone named Peter was so kind to send me some preview images. I've added them to the project.

Lately Douglas Carmichael informed me about a bug when trying to build under OS X 10.10. I updated the project to correct the issue.

There is still a problem that Electropaint does not stop when you connect with a remote desktop tool called Splashtop. Any help on this issue is appreciated.